Lions Go Down in Fierce Battle Under the Roof 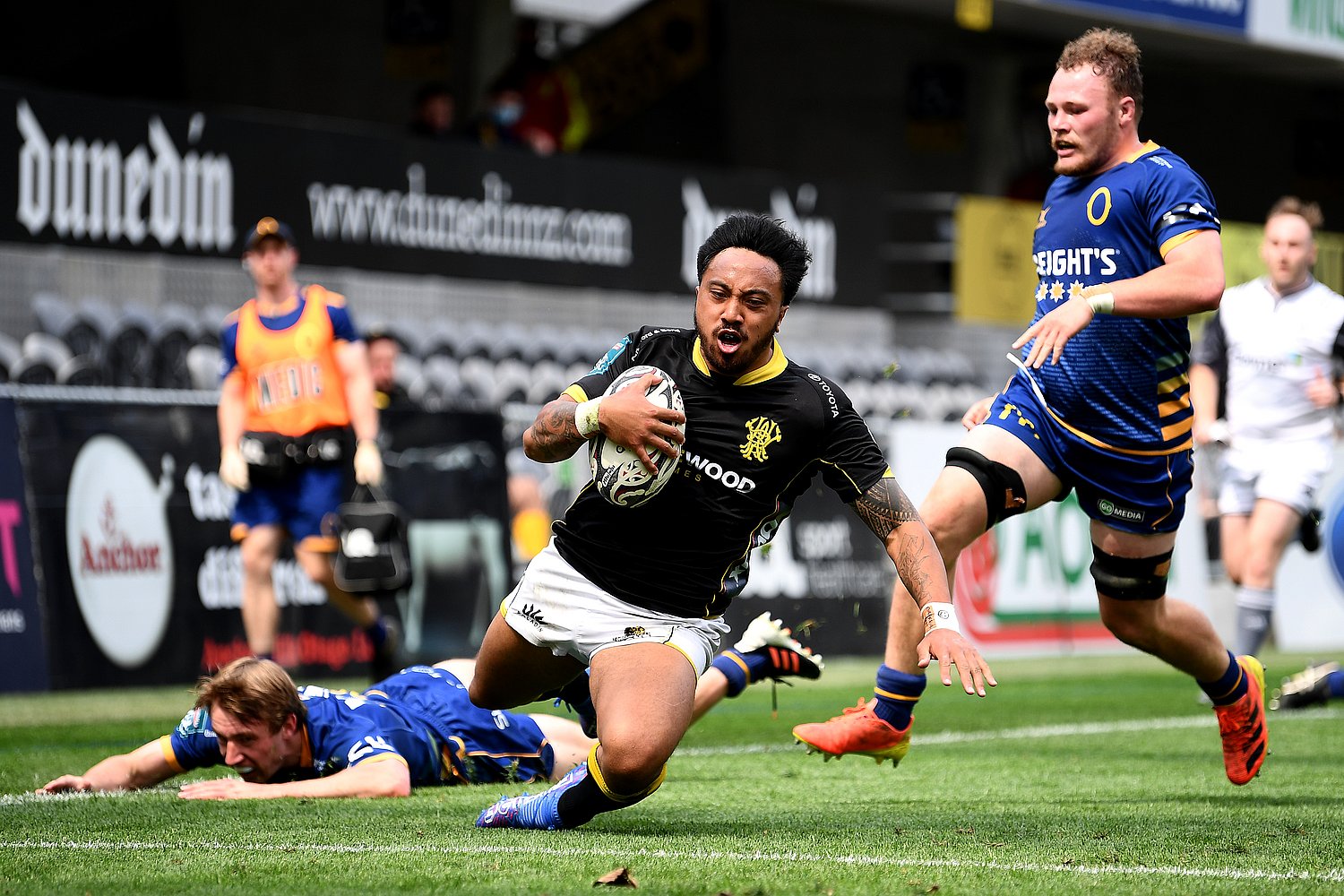 The Lions travelled to Dunedin over the weekend to take on Championship side Otago in the Lions second consecutive non-competition match in the Bunnings NPC.

Led by Hooker James O’Reilly in his 50th appearance, the Lions were unable to back up last weekend’s victory over Southland, falling 33-28 in an exciting match where no love was lost.

Early on all signs were positive as the Lions found themselves with early opportunities, however Otago were first on the board, kicking a penalty in the 13th minute to open the scoring. Straight back onto attack only minutes later, Jackson Garden-Bachop stabbed a kick behind the Otago defensive line for Wes Goosen to finish under the sticks, giving the Lions a 7-3 lead.

Otago won themselves a penalty off the kickoff and seconds later were in for their first five-pointer of the afternoon off a very well-constructed lineout drive. Again, Wellington responded only moments later to restore their lead. Peter Umaga-Jensen broke out from the midfield, finding Connor Collins for the finish giving Wellington a 14-10 lead. The visitors then held out Otago’s multiple attacks inside the 22, finishing the half with the hosts adding another 3 to narrow the Lions’ lead to 14-13 at the interval.

Otago started their second half firing; early chances lead to the hosts crashing over in the 50th minute from a well worked lineout drive to take a 20-14 lead. Wes Goosen then pulled off a spectacular chase down try-saving tackle before taking a high shot. Otago went down to 14 men after a red card was shown to flanker Sean Withy.

Otago later added another 3, extending their lead to 23-14. In the 61st minute Garden-Bachop sent number 8 Keelan Whitman through a gap to bring the visitors back within 2 points. The narrow deficit didn’t last long with Otago needing only two minutes to restore their lead. Replacement lock Fabian Holland split through the heart of the Lions defence and ran in under the posts to push the score out to 30-21 with 15 to go.

Inside the final 10, Pepesana Patafilo raced around the outside of Otago’s left edge defence from a partial charged down kick to give Wellington a chance at another late steal of victory. Otago held out and were able to finish the match by adding another 3, to secure a 33-28 win.

The Lions have one more regular season match next Saturday in Nelson against Tasman. A win will be enough to secure a semi-final spot, with the potential of a home semi dependent on other results.