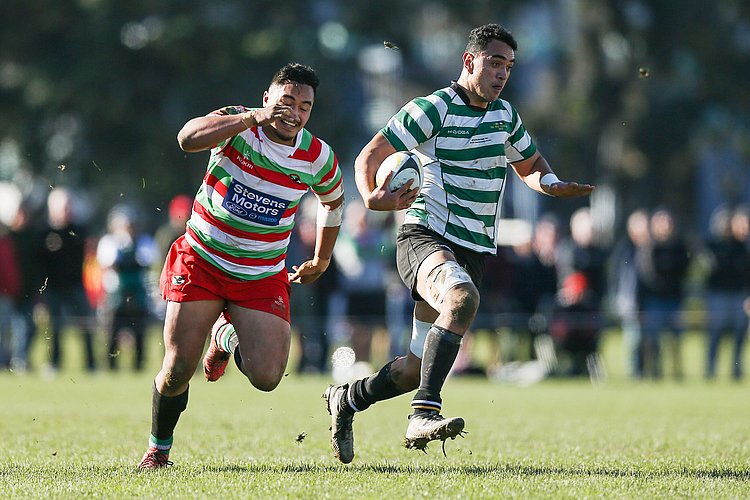 Old Boys University No.8 Teariki Ben-Nicholas and Tawa halfback Kemara Hauiti-Parapara have been promoted to the Wellington Lions starting side to play Taranaki at Westpac Stadium on Saturday.

Wellington head coach Chris Gibbes has made just two changes to his starting side for the Lions first home match of the Mitre 10 Cup and retained the same 23 players who beat Manawatu in Palmerston North in round one.

Ben-Nicholas' elevation from the reserves means Lions captain Brad Shields moves to his more accustomed position of blindside, and Samoan international Galu Taufale into the reserves.

Hauiti-Parapara switches places with Sheridan Rangihuna who move to the reserves after scoring Wellington's first try of the season in Palmerston North.

"We were pretty pleased with our first up effort, but we also need to look at some different combinations and find out what works best for this team," Gibbes said. "Teariki and Kemara added some real impact against Manawatu and now they get the chance to do that from the start."

Ben-Nicholas, a New Zealand Under-20s representative in 2015, was one of Old Boys University's most consistent performers during their run to the Jubilee Cup title this season.

Hauiti-Parapara, 20, was in the New Zealand Under-20s team which won the Junior World Championships in Georgia earlier this year, and made his Hurricanes debut against The British & Irish Lions in June.

Gibbes has otherwise stuck with the team that beat Manawatu 41-29 in round one.

"We learned a lot from the first match and did some good things, but we will need to be a lot better against Taranaki if we want to compete," Gibbes said. "It's Wellington Old Timers' Day and it's our first home match, so it's really important that we turn up with the right attitude and the right effort."

Taranaki, who play in the Mitre 10 Cup Premiership, beat Waikato 34-29 in their opening match of 2017 at Yarrow Stadium.

Wellington's last match against Taranaki resulted in a record 54-31 loss at Westpac Stadium in 2016.

The two provinces have played each other 32 times since the national provincial championship format began in 1977 with Wellington winning 27 times and Taranaki five.

*The Wellington Lions players will be wearing their club rugby socks for the match against Taranaki to celebrate Club Day as part of Wellington Old Timers' Day.

*Lions tighthead prop Jeff To'omaga-Allen was withdrawn from consideration after being called up to join the All Blacks squad in Dunedin as an injury replacement.

The Wellington Lions team to play Taranaki at Westpac Stadium on Saturday, August 26 is: