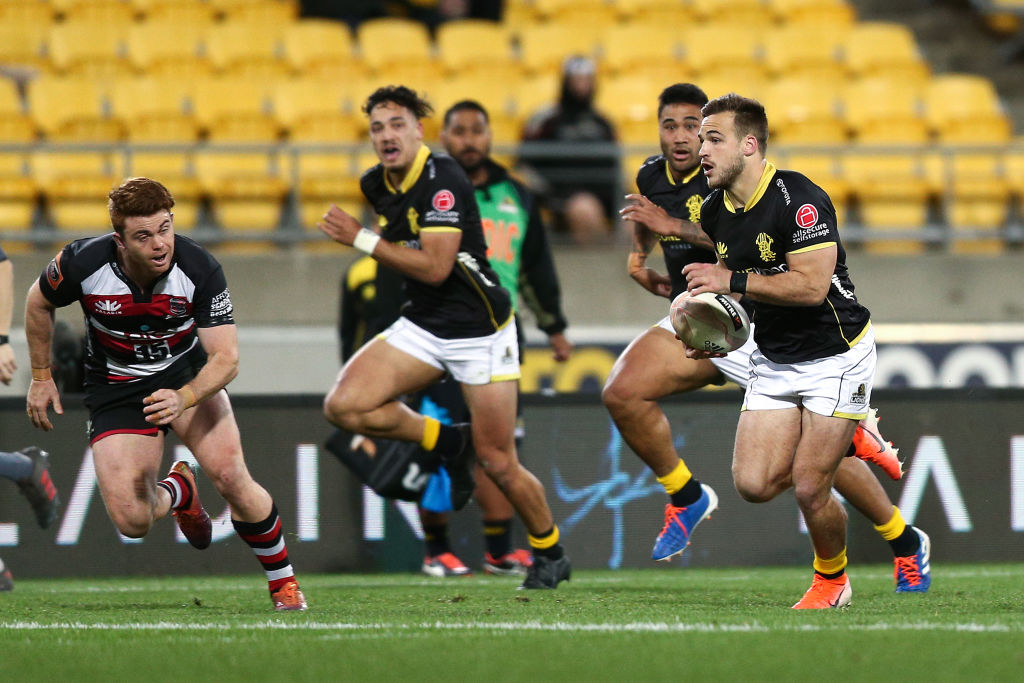 Wing Wes Goosen will make his 50th appearance for the Wellington Lions when they meet Canterbry in the Mitre 10 Cup Premiership semi-final on Saturday night at Westpac Stadium.

The 23-year-old has been one of the stand-out performers for the Lions in 2019, scoring six of his 24 career tries in the Wellington jersey.

Goosen, who made his debut for Wellington against Waikato in 2014, has also been one of the most effective ball carriers in the compeition having covered 680 metres, the fifth highest of all players.

He will start on the right wing on Saturday with Ben Lam returning to the starting side after he has missed the last two matches.

Lam's return in the only change to the starting line-up which sees Vince Aso move from the wing into second five-eighth in place of Peter Umaga-Jensen.

Wellington Lions head coach Chris Gibbes has named an unchanged forward pack from the one which started in last Saturday's win over Waikato.

There are a couple of changes in the reserves with Umaga-Jensen bracketed with Pepesana Patafilo while prop Sef Fa'agase and lock Josh Furno return to the 23-man squad.

Gibbes felt the squad had got down to work well this week as they prepare for the sudden death match.

"These sort of matches are why you work so hard all season and the excitement levels have been building nicely within the group," he said.

"It's a fantastic opportunity for the squad to get out and play in a semi-final against some quality opposition and we are delighted we can do that at home in front of our own fans, friends and family."

The Wellington Lions squad to meet Canterbury is: