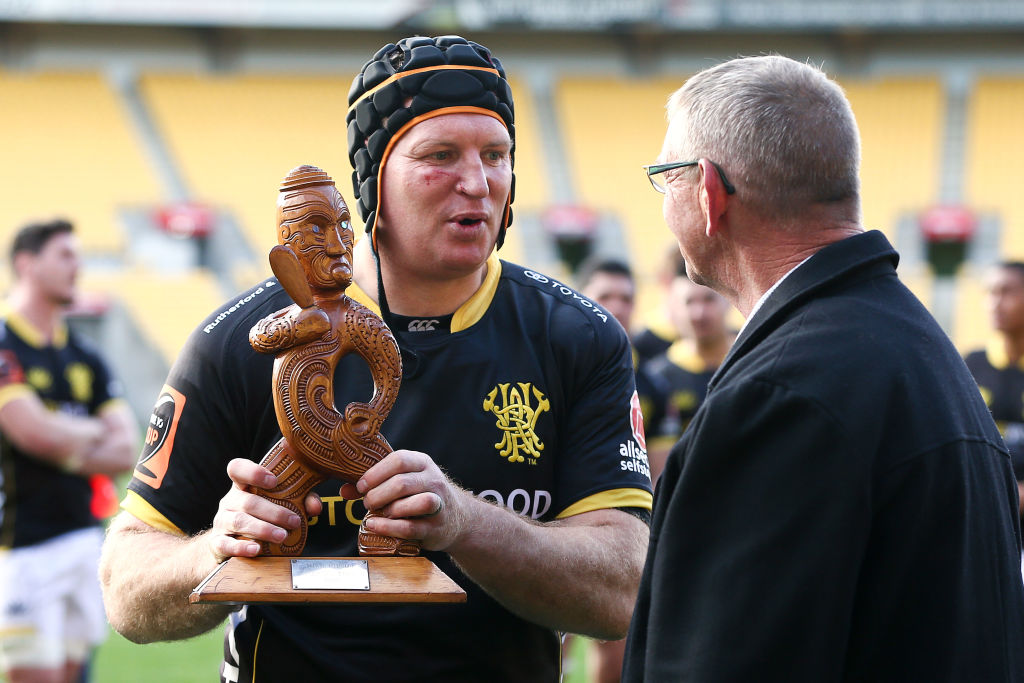 A match steeped in history and a coveted trophy will be on the line when the Wellington Lions host Otago at Westpac Stadium on Sunday.

When Otago and Wellington met at Wellington on 24 July 1883, it was the first clash between a North Island union and one from the South Island, and also the Wellington union’s first official game.

Fast forward to Sunday and the sides will meet for the 117th time while playing for the Mike Gibson Memorial Trophy.

Gibson was a popular centre and wing who played for Wellington and Otago in the 1980s before he sadly passed away from Leukemia, aged just 27. He played three seasons for Otago, and one full season in Wellington and for the Lions.

In his honour, Gibson’s Bay of Plenty-based family commissioned a trophy to be played annually between Wellington and Otago and his parents and several family members brought it down to present it to the inaugural winner. The trophy was carved by Winiata Tapsell, a grandson of Winiata Tapsell who played for New Zealand Maori against the Springboks in 1921.

Wellington were down on form having lost 48-11 to Canterbury the week before, while Otago had drawn 13-13 with North Auckland [Northland].

Unlike previous matches that season, Wellington played with steady composure against Otago. Recalled Avalon centre John Hainsworth’s re-inclusion in the side was justified when he ran in to score late in the first half to give Wellington an 18-point lead at the turnaround. Otago came back to score tries to backs Arthur Stone and John Timu, but  All Blacks fullback John Gallagher kicked further penalties and All Blacks midfielder John Schuster crossed late for the clincher.

In 2012 Matt Proctor scored the first and only hat-trick by a Wellington player against Otago while Brendan Laney scored three tries for Otago against Wellington in 1998.

Wellington’s 68-7 win in 2007 was the highest score and biggest margin ever recorded against Otago by any team.

Recent matches have seen some tight affairs – with plenty of expansive rugby to boot with neither side left to die wondering.

Last year Wes Goosen scored two tries inside the first 10 minutes as the Lions got off to a cracking start on their way to winning 34-16.

Both Wellington and Otago are coming off hard fought wins last weekend, with the Lions holding on defensively to beat Bay of Plenty 16-15 and Otago defending the Ranfurly Shield against Taranaki with a 35-27 win.

Kick-off at Westpac Stadium is 2.05pm, with the Wellington Pride hosting the Counties Manukau Heat in the first match of a double-header.