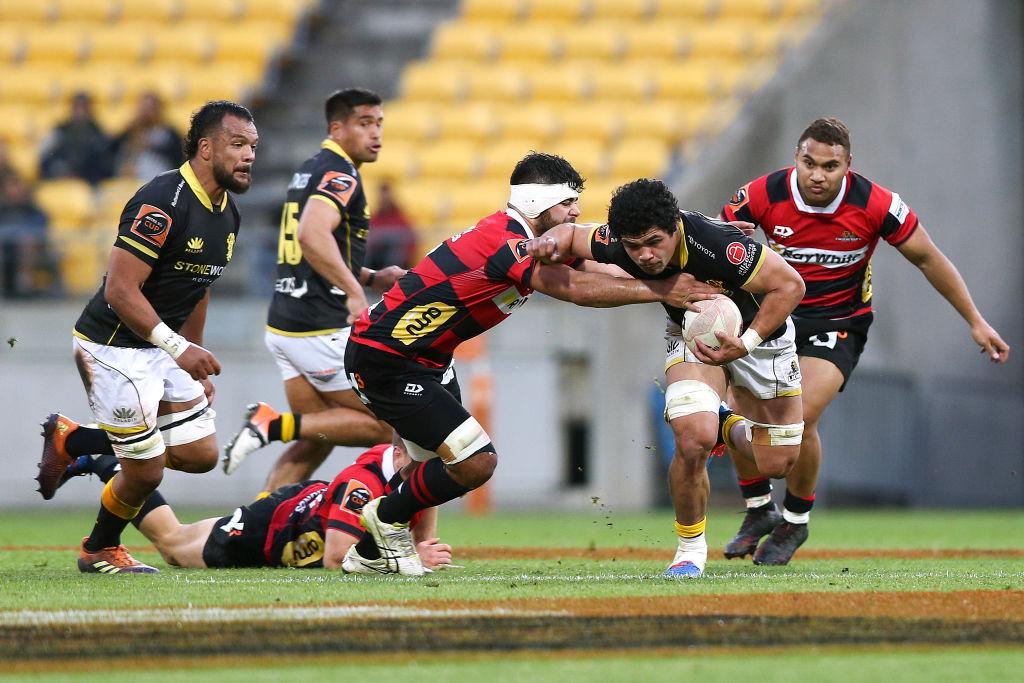 The Wellington Lions head to the Mitre 10 Cup Premiership final against Tasman on Saturday looking to break a duck that stretches back to 2000.

The 30-19 win over old foes Canterbury in this past weekend’s semi-final will be a confidence booster as they take on top qualifier from the round-robin and unbeaten Tasman in Nelson on Saturday.

Under the current format the Lions have lost all five Premiership finals they have contested, but are primed to go one better this Saturday and win what would be their fifth Premiership/Division 1 title overall. Tasman are hoping for their first, having lost their previous three Premiership final outings.

The Mako are coming off a shaky semi-final win over last year’s winners Auckland, scoring two late tries to prevail 18-9. This was their 11th straight win of 2019. For their part, the Lions have won eight, lost two and drawn one of their Mitre 10 matches in 2019.

The two teams met in the round-robin back in the opening round, with the Mako winning 45-8 in Blenheim and left wing Lester Fainga'anuku scoring two of their seven tries.

Leicester Fainga'anuku is Tasman’s top try-scorer with seven tries, while Wes Goosen is the Lions’ with six.

Wellington first five-eighth Jackson Garden-Bachop is the competition’s leading points scorer with 107 points, while Tasman’s 10 Mitchell Hunt has scored 86 and had an off day with the boot in breezy Blenheim conditions in his team’s semi-final win.

The loose forward battle will be immense. For the Lions, captain Du'Plessis Kirifi and fellow flanker Mateaki Kafatolu are third and fourth in the competition’s tackles made statistics, with 133 and 127 tackles made respectively. Similarly, Teariki Ben Nicholas who has Tasman connections having spent a season in the union, is in strong form.

For Tasman, former All Black Liam Squire, along with Ethan Blackadder and Sione Havili, form a busy back row combination.

The lineout will be a key area of the contest as well, with the Mako sideline set-piece an area for the Lions forwards to hone in on.

Head-to-head, this is a relatively recent rivalry, with the teams having met just 10 times since their first meeting in 2006 when the Mako were formed.

The Lions won the first five clashes between 2006-2010, they then didn’t meet for three years in a row, before Tasman have won their last five matches since 2014.

The 2008 match was perhaps the most nail-biting of all 10 clashes thus far. The previous week the Lions had won the shield off Auckland (27-0) and then had to return home to see off a tricky challenge by Tasman in their one required defence of 2008.

This first defence in 26 years was on decidedly shaky ground when Mako halfback Kahn Fotuali'i dived across the tryline late in the second half to put his side ahead 13-11. Piri Weepu kicked a penalty that that saw the Lions regain the lead.

To the relief of many, the Lions were then able to pull clear with a 75th minute try to lock Jeremy Thrush to make it 21-13, followed by a popular match-winner to No.8 Thomas Waldrom to see them win 26-20.

Prior to 2006 when Marlborough and Nelson Bays formed to become Tasman, Wellington had played both unions on occasion down the years, last losing to Marlborough in 1974.

Kick-off is at 6.05pm on Saturday at Trafalgar Park, Nelson in the 2019 Mitre 10 Cup Premiership final.