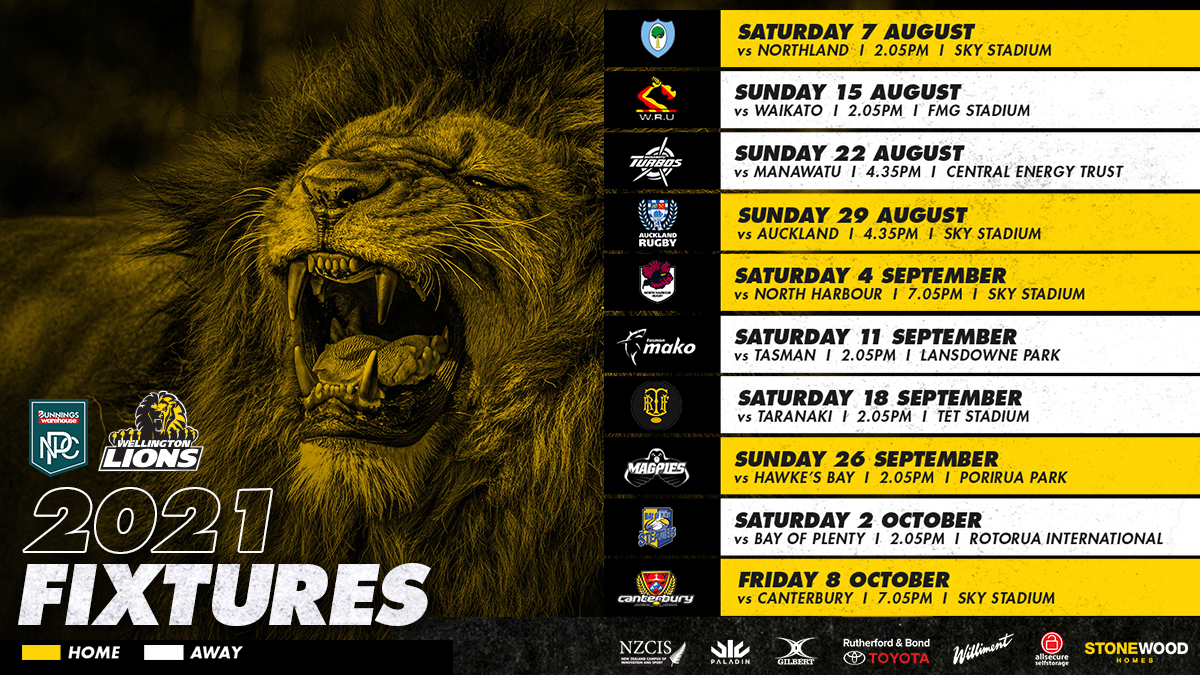 Wellington Rugby is pleased to announce the coaching line-up for the Wellington Lions 2021 season.

Leo Crowley, Greg Halford and Tamati Ellison return to the team, while Paul Tito joins following his return from France.

Tito will be well-known to many having played 80+ games for the Hurricanes, before moving to Wales and playing for the Cardiff Blues. He has most recently been the forwards coach at the French club, Pau. Having made the decision to return home to his whānau post-Covid, Tito is looking forward to this new challenge and joining up with the coaching team and player squad.

“The opportunity to join the Lions is an exciting one for me. I know the three other coaches personally and am looking forward to reconnecting with them on a personal and professional level. They are great men who thoroughly enjoy their jobs and I can’t wait to get into the Lions environment and start working.

“Wellington has always been a team with great individual flair. I believe that when we come together, players and coaches, and do the little things that bit better, we will push the team forward and finish off the year where the Wellington Lions should be,” Tito said.

Crowley, Wellington Lions head coach, said the appointment of Tito adds to the level of experience within the coaching and management team.

“Having had a successful playing and coaching career both here in New Zealand and overseas, we see him as a strong acquisition to the team.  He has coached professionally for a number of years, and we are excited to have him join us.”

While Tito’s focus will be on the forwards and line-out, Crowley, in his second year as head coach, will lead attack; Halford, in his fourth year with the Lions, continues as scrum coach; and Ellison, in his second year, will concentrate on defence.

Matt Evans, CEO of Wellington Rugby, said: “There is real excitement around the calibre of coaches that we have secured at the Lions. Their character and integrity as individuals is equal to their experience as coaches and working alongside them I am excited to see where the team can get to, this year and in the future.”

Wellington Rugby's rich history spans over 120 years and has experienced many ups and downs. Formed in 1879, the Wellington Rugby Football Union is the oldest province in New Zealand alongside the Canterbury Union. Over this time Wellington Rugby has produced 165 All Blacks who have proudly worn the silver fern.

The Lions have won four national titles, the most recent being in 2000.

The hard work to win that elusive fifth title begins at home on Saturday 7 August when the 2021 Bunnings Warehouse NPC season kicks off with a 2.05 pm game against Northland.