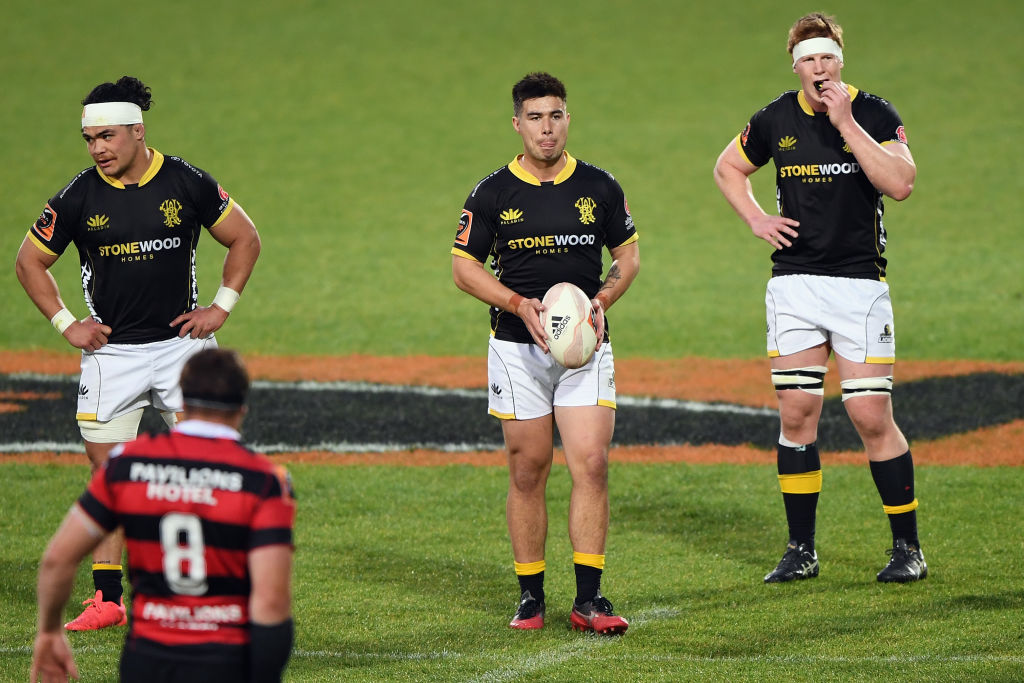 It’s been a weekend to forget for both the Wellington Lions and Pride, with both teams suffering losses to Canterbury at Orangetheory Stadium.

Starting with the Farah Palmer Cup clash, it took all of five minutes for the mainlanders to cross the chalk for the first time, when Liv McGoverne made a break down the middle.

It was the start of a largely one-sided affair, which would see the Cantabrians rack up 42 points to 12 by half time.

With a massive job on their hands, all eyes were on the Pride to see how they would respond to the pressure in the latter half of the game – but it wasn’t their day.

Canterbury crossed the line twice more before the final whistle, leaving Wellington to reflect on a 54 – 12 defeat.

“Canterbury were fantastic in the first 30 minutes – their execution and finishing was first class.  I’m proud of how we fought out the rest of the game, but we have plenty to reflect on before regrouping and taking on Otago.”

Attention then turned to the Lions, to see how they would fare.

Canterbury once again drew first blood, sending Mitch Drummond in for a try after 20 minutes of play.

The hosts then added an extra three points courtesy of a penalty, before Vince Aso finally put Wellington on the board.

Both Wellington and Canterbury made the most of the 10 minutes before half time with Ngane Punivai and Naitoa Ah Kuoi both scoring tries.

The score was 18 – 12 going into the break – with plenty of action still to come.

The second half saw Canterbury take a back seat initially, as Wellington found momentum.

Both Peter Umaga-Jensen and Tyrone Thompson showed their class, with two tries putting the Lions in the lead for the first time. But a penalty converted by Fergus Burke and a try to Tom Christie meant things were locked up 26 – 26 at fulltime, triggering the first golden point round in Mitre 10 Cup history.

Isaiah Punivai finally got the job done for the hosts, after claiming an intercept just outside Wellington’s 22 and running the length of the field to score.

“We thought we had opportunities to put more scoreboard pressure on them, but we failed to execute. It’s back to basics again with plenty of work to do on our game. We’ve been away for three of our games so far, so we’re looking forward to having a couple of games at home.”