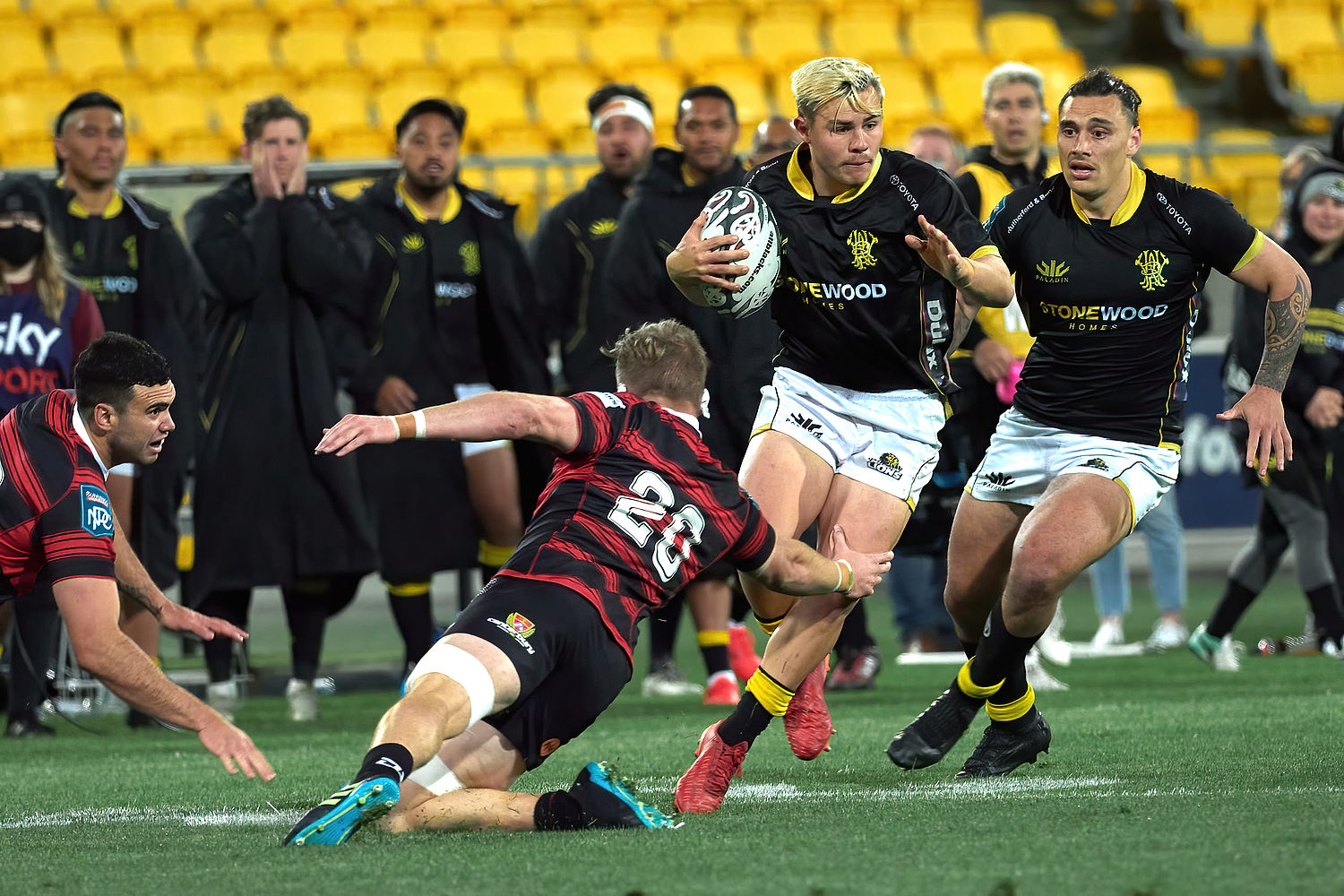 The Wellington Lions were able to snap their 4-game losing streak on Friday night with a pulsating 35-30 victory over Canterbury in Golden Point.

Alex Fidow scored an 82nd minute try after a five-minute assault on the Canterbury line, which saw the visitors lose Luke Romano to the sin bin. Ruben Love stepped up and nailed the conversion to send the match into extra time, as regulation finished at 30-all.

The two sides needed extra time in last season’s matchup, and the Lions were determined to flip the script and secure a much-needed win.

Wellington only needed a little over 90 seconds to secure victory. A cut out pass from Peter Umaga-Jensen had captain Du’Plessis Kirifi in space, who set Aidan Morgan away, beating two defenders and drawing in the last line of defence to turn provider as Umaga-Jensen finished off what he started, securing victory for the hosts to win the Harry Saundercock Memorial Trophy.

The hosts came out firing early in the first half, Umaga-Jensen opening the scoring within a minute. Ruben Love converted and added another 3 only five minutes later, before captain Kirifi crashed over to have the Lions sitting pretty 17-0 up after 12 minutes.

Canterbury found their way back into the game, scoring twice and adding a penalty to narrow the gap to 17-15, Love then adding another 3 to have the Lions 20-15 up at the break.

Out of the break, Love added another 3, pushing the lead to 23-15, before Alex Fidow spent 10 minutes in the bin, Canterbury scoring twice in that period to take a 27-23 advantage.

Opportunities came for both sides, but it wasn’t until the 72nd minute the score changed again, Fergus Burke putting the visitors up 30-23. The Lions went back into attack mode from that point, Connor Collins breaking the line and pushing deep inside the Canterbury 22, Alex Fidow scoring five minutes later, forcing extra time where Wellington secured their second win of the season and moved into the Premiership Top 4.

The win a fitting send off for midfielder Vince Aso, who played his last game for the Lions before heading to Japan to take up a 3-year deal with the Panasonic Wild Knights.

The Lions head to Palmerston North next, taking on Championship title contenders Manawatu on Saturday night.