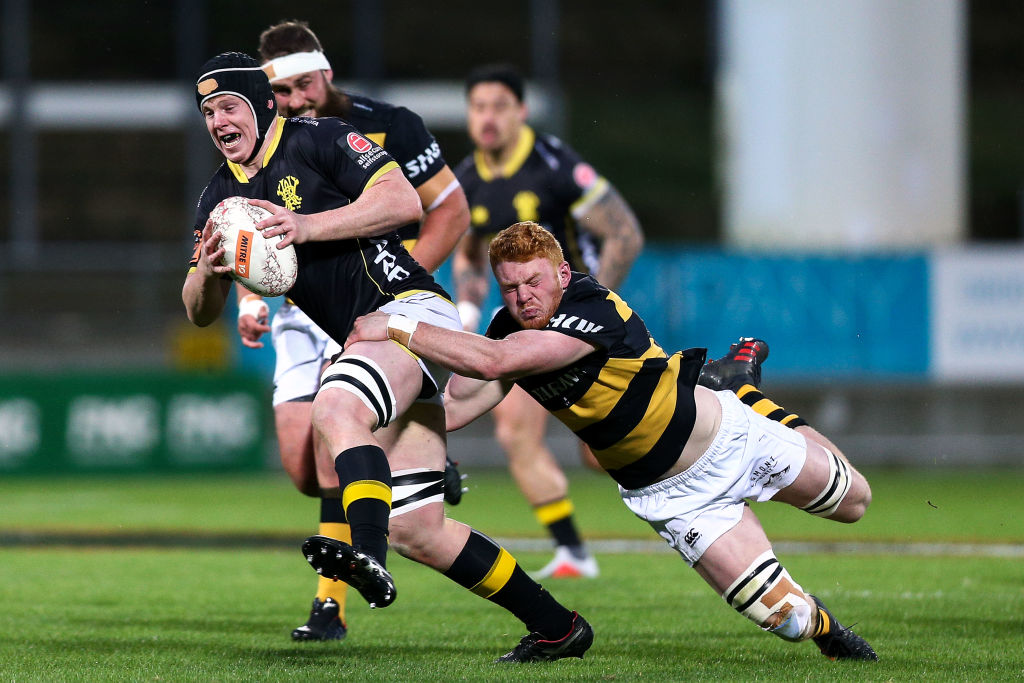 Wellington Lions lock James Blackwell knows just how important the Jonah Tali Lomu Memorial Trophy is to his side.

“We’ve had the trophy on display, and a couple of presentations about Jonah Lomu means a lot to us,” he said ahead of the Lions hosting Counties Manukau at Westpac Stadium on Thursday night.

It’s already been four years since the giant All Black wing tragically died aged 40, but Lomu’s legacy still looms large and Wellington are determined to retain a trophy they’ve never relinquished and build on the momentum gained from a 23-22 victory against Canterbury last Friday.

“Counties are a dangerous side. They’ve got a lot of big ball runners and are dominant in the drive. We expect a very physical encounter,” Blackwell anticipated.

Like the Lions, the Steelers have a solitary victory to their credit; defeating North Harbour 39-25. Wellington thrashed Counties 53-12 in 2018, but in 2016 it took a last minute penalty from halfway, by Jackson Garden-Bachop to foil the South Auckland outfit.

“It’s only three games into the season, but it’s pleasing to see how much we’ve improved in each game. We are working hard to improve the small things and if we continue to do the small things right we will keep getting better,” Blackwell observed.

Blackwell’s fitness has been vastly better in 2019. The lock has battled a number of injuries, including back, foot and ankle complaints in the past. In Super Rugby, Blackwell appeared in all of the Hurricanes 17 matches and was among the top 10 defenders in the competition making 168 tackles. Blackwell’s weight has ballooned to 114kg, an increase of roughly 25kg since leaving Wellington College in 2013.

“It’s been a pretty gruelling journey, but I’m comfortable with the weight I’m now playing at. It’s been a slow progression putting on size, but I feel like I’ve built my durability,” Blackwell enthused.

The addition of Italian international Josh Furno has added another dimension to the Lions. The lock grew up in Australia and has played in Italy, France and the United States.

“Josh brings a lot of experience, having played all around the world. In New Zealand we tend to have a very set way of playing, it’s not much different transferring from Super Rugby to NPC. Josh brings different ideas having been exposed to so many different styles. He keeps us thinking all the time.” Blackwell said.