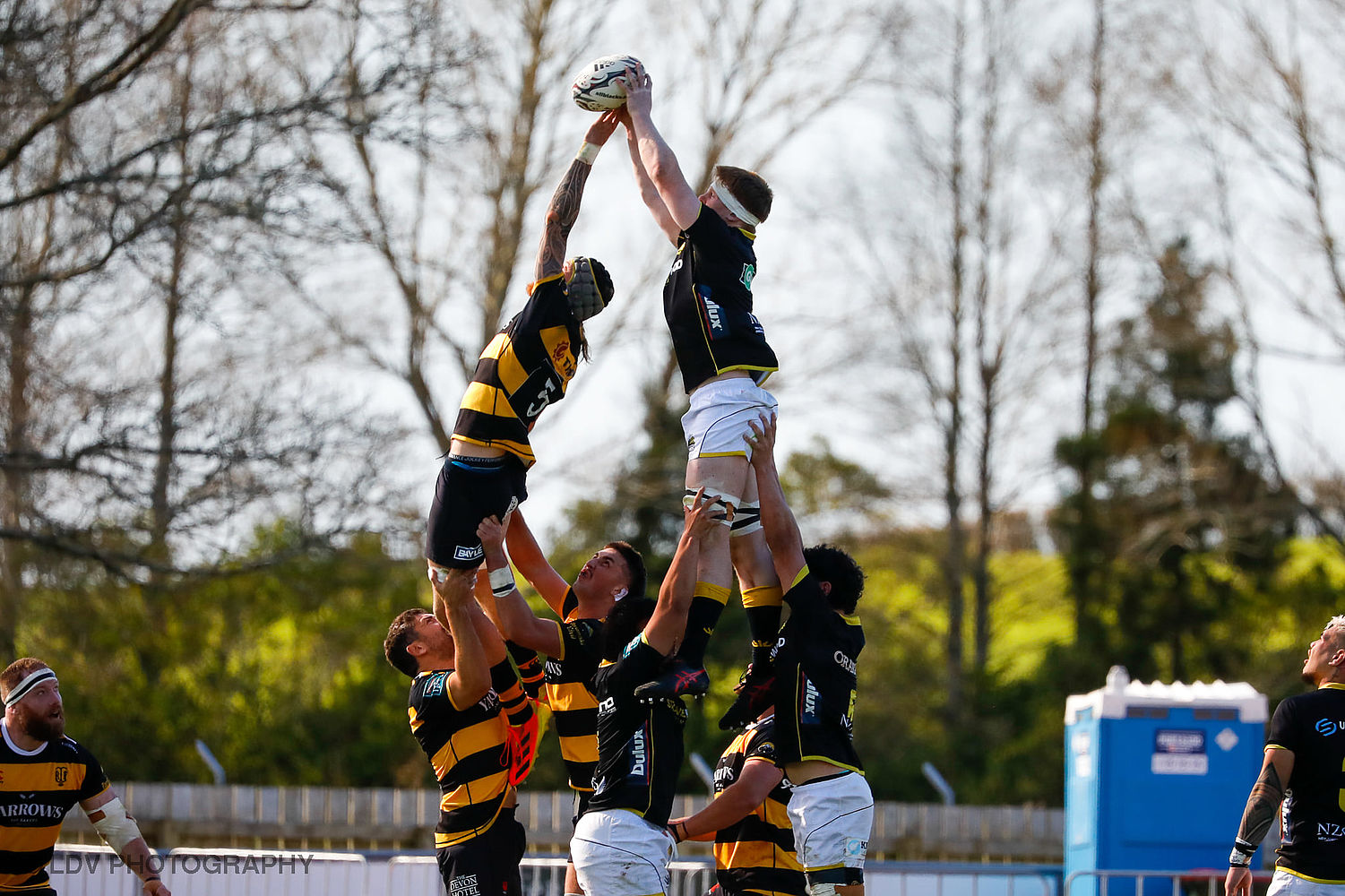 The Bunnings NPC returned to action this weekend, with the Lions falling to Taranaki in a closely fought match in Inglewood, 32-26.

In his first match of the season, first-Five Aidan Morgan got the first points for the Lions with a penalty in the 3rd minute, but had Taranaki’s Stephen Perofeta crossing the line first just moments later.

Winger Wes Goosen responded with a try of his own to put the Lions back in front, before Taranaki scored to regain the lead at the midway point of the first half. Taranaki added another try 6 minutes later, extending their lead to 17-8.

Aidan Morgan and Stephen Perofeta traded penalties before Pepesana Patafilo scored to end the first half after Taranaki lost a man to the bin, closing the gap to 20-16 at half time.

Perofeta kicked two more penalty goals to begin the second half, and in the 52nd minute Morgan cut the deficit down to 7 with his third penalty goal of the afternoon. Perofeta responded only 5 minutes later to give the hosts a 29-19 lead heading into the final 20.

Taranaki pushed out to a 13-point lead in the 65th minute with a 5th penalty goal from Perofeta. Sam Smith then scored in the 70th minute for the Lions after a well-executed chip in behind the defence from Ruben Love, who then converted the try to set up a grandstand finish. Taranaki held out defensively for the final 10 and Taranaki took away a 32-26 victory.

The Lions will now turn their focus to Sunday’s clash against Hawkes Bay at Sky Stadium on Sunday, 26 September at 2.05pm.